What is that Office Inside a Warehouse Called?

Home | Business Types  | Non-Profit  | Charity based business  | What is that Office Inside a Warehouse Called?

20 Feb What is that Office Inside a Warehouse Called? 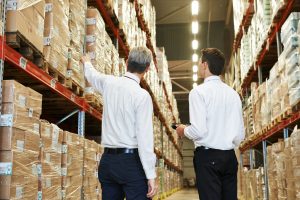 “If you have a forklift or a pallet jack then it is usually a pretty easy, relatively speaking, job to move it from one place to another. If you decide that you want to move your modular office to the other side of the warehouse then it can be done sometimes in a few hours or less.”

What is an office in a warehouse called?

The name of an office in a warehouse is called a modular office. It is true unless you are thinking about building onto your existing warehouse structure. A regular office attached to the building is what you are pondering. However, if you were just looking for an office you probably would not be here. It is highly likely that what you are looking for is a modular office for your warehouse. You probably have a few questions before you make the decision if you want one for your warehouse. A wise decision because a commitment to getting a modular office should never be taken lightly. We will try to answer some of the most common questions. These are questions we hear people ask before they get one of these for their business.

A lot of people ask us is if the modular office has any degree of mobility after it is placed. The answer is yes. A modular office is a great idea for most businesses. You can move it anywhere you need. You can do so as your business grows or its needs change. The modular office features the capacity to move at your whim. The only caveat is that you have to be wary of existing amenities. Those amenities may get in way of moving the modular office into the new space where you want it. It is usually pretty easy to move the office around the warehouse. Moving your warehouse may only take a few hours or less. It really depends on the design and intended usage of the modular office. Obviously, if you have a lot of equipment in the modular office then it might take longer. It is because you will have to transport all of that over to the new area before you can begin working. You only need a forklift or, in some cases, a pallet jack.

“The fact that the modular office inside your warehouse is not connected to the building means that it has an effect on how the permitting process works for this particular amenity… The permit process is not as involved as it would be if it was attached to a building in most places.”

What does modular mean?

It is called a modular office because it features the ability to move to different locations around your warehouse quickly. The modular offices break down into a much easier format. They do this so you can place it where ever you need. Again, if you have a forklift or a pallet jack and then you should be able to move it quickly. It is unlike other offices you could build in your warehouse. Those, generally, have an attachment to the building. A modular office does not have an attachment to the building. The fact gives it the freedom of movement and the ability to change with your business as needed.

The modular office inside your warehouse does not connect to the building. That fact has an effect on how the permitting process works for this particular amenity. In fact, the fact that does not have an attachment to a building means that the permit process is not as involved. It would be remiss to say that every area does not have as much of a permit process for a modular office but we can say, in most areas, that it is far less because you are not adding to the structure of the building. There are other things to consider such as some places that may want seismic calculations and/or testing done on the modular office in order to approve it for your use. However, that could be the same for every other apparatus you may have in your warehouse. The fact remains that a modular office is going to cause you less trouble then adding to the buildings existing structures. It will also allow you to be flexible as you will be able to place the office wherever you deem appropriate.

Do you need an office inside your warehouse? If you do need one then a modular office inside your warehouse is probably the best way to go. It will give you the flexibility of being able to move it at a moment’s notice if necessary. You can give us a call to talk about getting one of these for your business. You can also read more about it in this modular office link.

Let us know if you liked the post. That’s the only way we can improve.