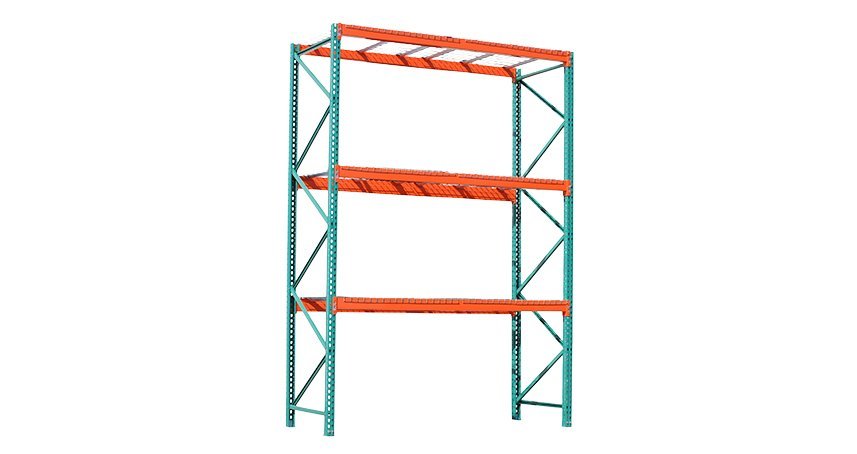 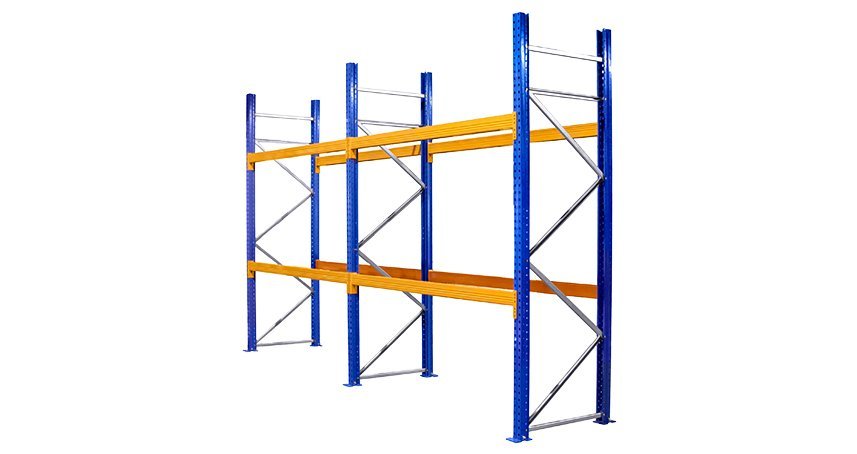 This page covers just about everything you need to know about pallet racks and how to utilize them for optimal storage in your warehouse.

If you’re looking to buy pallet racks or research our pallet racking products, hop on over to our shop.

Do I need permits for my warehouse racking?

What do I need in order to get permits?

Is the height requirement set by the County? City? State? Does every county have a different Height?

Most counties stick with the 5’ 9” standard. We haven’t heard of any counties with a different standard.

Can you install warehouse racking without a permit?

Here’s what could happen if you don’t:

We commonly get phone calls “the fire marshal came through, they said we need to get permits.” We suggest you avoid that situation by permitting your racking during installation.

If you need any help with your permits, take a look at our warehouse shelving and rack permits services. 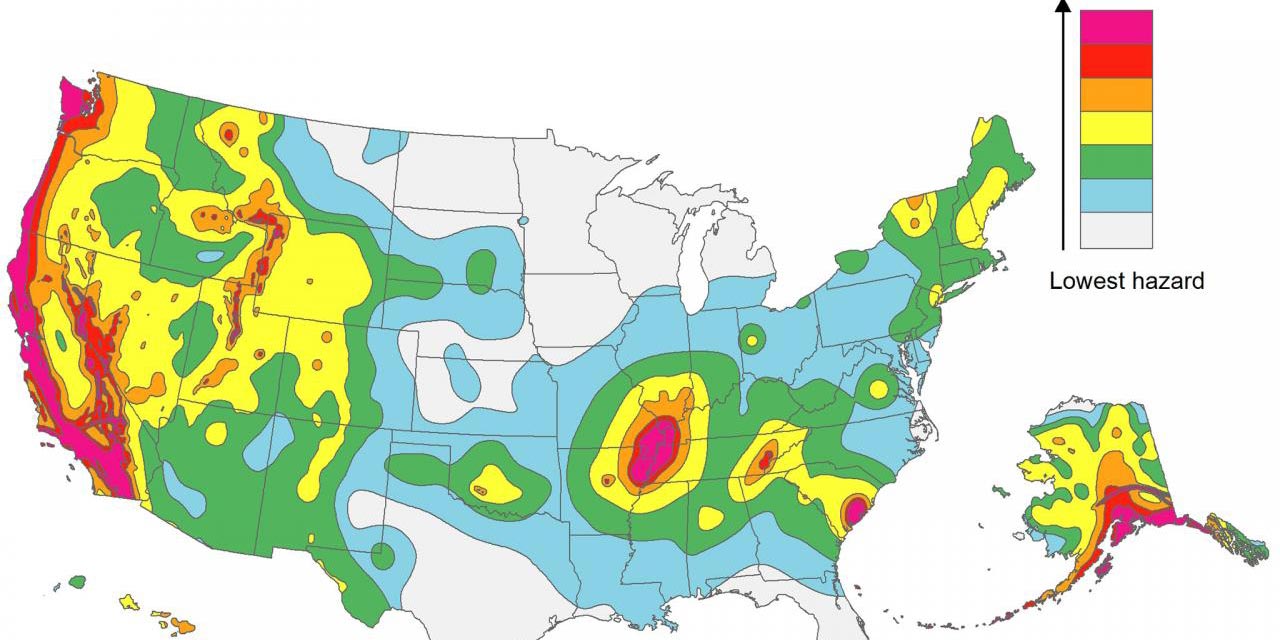 The seismic calculations determine what type and how many anchors you need (as well as what kind of footplates you need).

If the top of the product is at 12ft or higher, then it is classified as High pile storage.

What are seismic calculations?

Seismic calcs are an engineer’s calculations of the stability of the racking in a seismic event (aka, earthquake). The engineer will give you the maximum capacity of each beam level based on your proposed configuration. When determining seismic calculations, engineers consider several factors including: Racking manufacturer, upright gauge of material, strutting type and placement, type of baseplate, steel chemical composition, Beam length, face size, gauge, number of endplate pins; Beam placement (how many levels and at what heights from the ground level); how much weight is going on each level; and the thickness of the concrete.

Seismic calculations are separate from but play a part in the capacity of your rack system.

Static load is the capacity that the manufacturer states it is structurally capable of holding. All capacities are per pair of beams. This is what it could hold assuming there are no earthquakes. Seismic load is the capacity that the engineer calculates your particularly racking can hold based on the factors above. This is an important difference! We commonly get customers call us and complain because some company sold them pallet rack with a stated capacity of, for example, 5,000lbs per beam level. However, when they went to get permits for it, they found out the hard way.

How much do seismic calculations cost?

The cost of seismic calculations depends on several factors, but the two largest factors are:

Can I get permits on used pallet racking?

Usually, but it depends. One of the biggest problems with used pallet racking is that it can be difficult to permit it. As we discuss above, seismic calculations are required in most states. In order to get the seismic calculations, a seismic engineer must know the exact size, dimension, gauge, and manufacturer of the pallet racking. While the dimensions aren’t hard to figure out, the gauge and manufacturer can be more difficult. You usually do not know the manufacturer of used pallet rack. The seismic engineer may be able to identify the manufacturer from closeup photos. However, if the seismic engineer is unable to identify the manufacturer, then the engineer must perform seismic stress testing on a sample of the used racking. This is very costly. You have to send samples of the racking to the engineer for testing. If your used racking is not all exactly the same, it could be from different manufacturers, so you have to send samples of every style of racking. The cost of all the seismic stress testing required to get permits on unknown used pallet rack frequently makes it more expensive than buying new racking where the vendor already has the necessary seismic calculations.

Take a look at our seismic calculation services here. 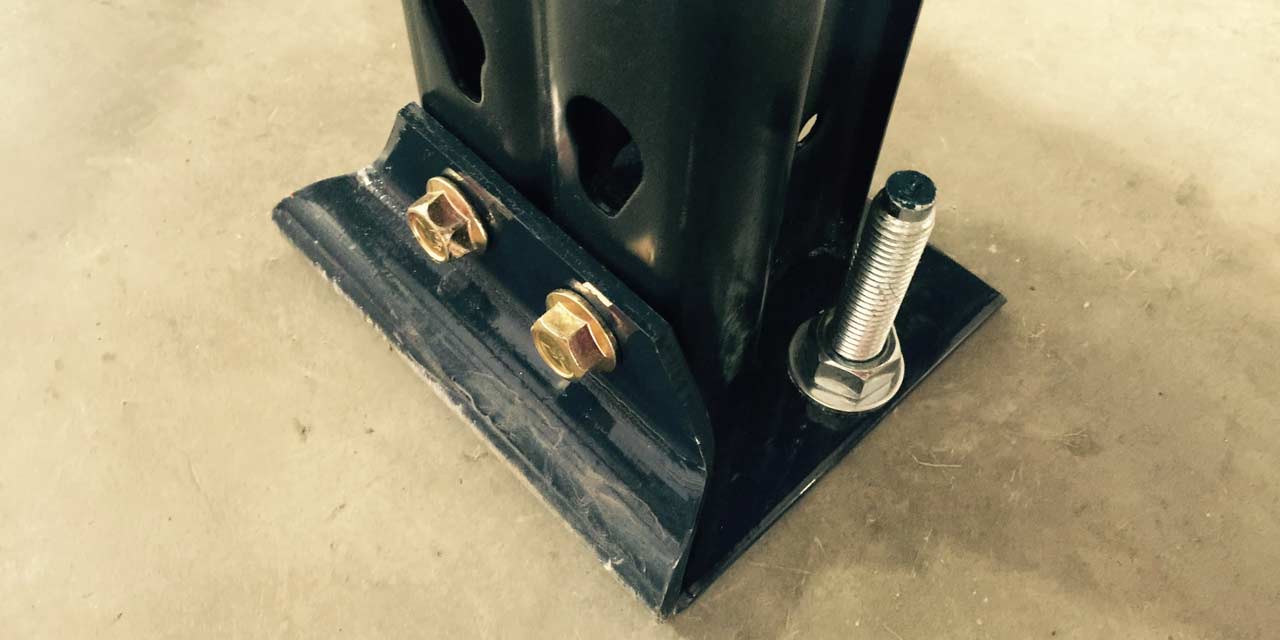 Do I need to anchor pallet rack?

All pallet rack must be anchored. It doesn’t take much to knock over freestanding pallet rack, and the consequences are severe. Without anchoring, any small bump to a frame or beam can easily make the whole system fall down. Have you seen videos of entire warehouses full of pallet racking collapse? Since they’re all connected, they fall like dominoes.

How do I anchor pallet rack?

The short answer is, hire us to help you. However, if you really want to do it yourself, you’ll need to drill holes into the concrete for each footplate (typically two holes per footplate), use a shop vac to vacuum out the dust, and insert an anchor. Insert the anchor wedge, hit it hard with a hammer, and screw on the nut. Anchors must be torqued to the right torque. When the city/county inspector comes to do the final inspection for your pallet rack permit, they often check the torque of the anchor bolts. If it’s too tight or too loose, they’ll fail the inspection.

Which anchors do I need?

The engineer that provides you the seismic calculations will tell you which kind of anchors you need to use. However, for most applications we use these pallet rack anchors. The engineer will also specify which footplates your pallet rack frames need to have, and how many anchors need to be placed on each footplate. Most seismic footplates are 5” x 8” and 3/8” thick, and have four holes, though the engineer typically only requires anchors in two holes. 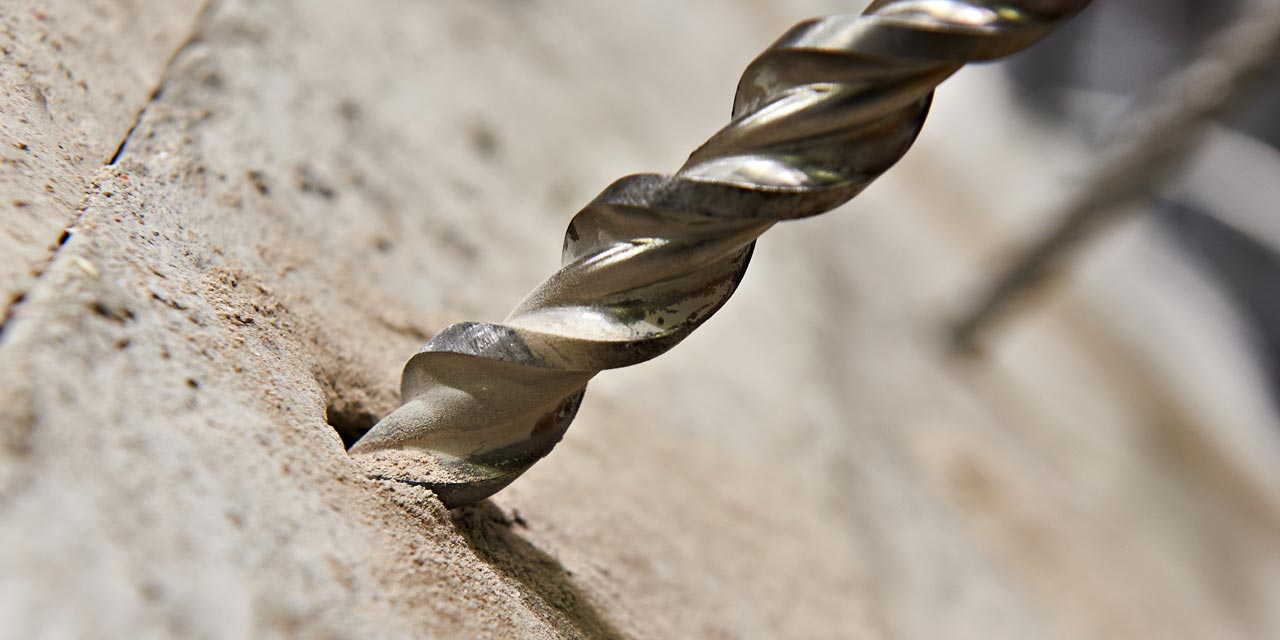 Speedrack West’s warehouse shelving systems and pallet racking solutions are the best way to take advantage of the space in your warehouse in a safe and efficient way. 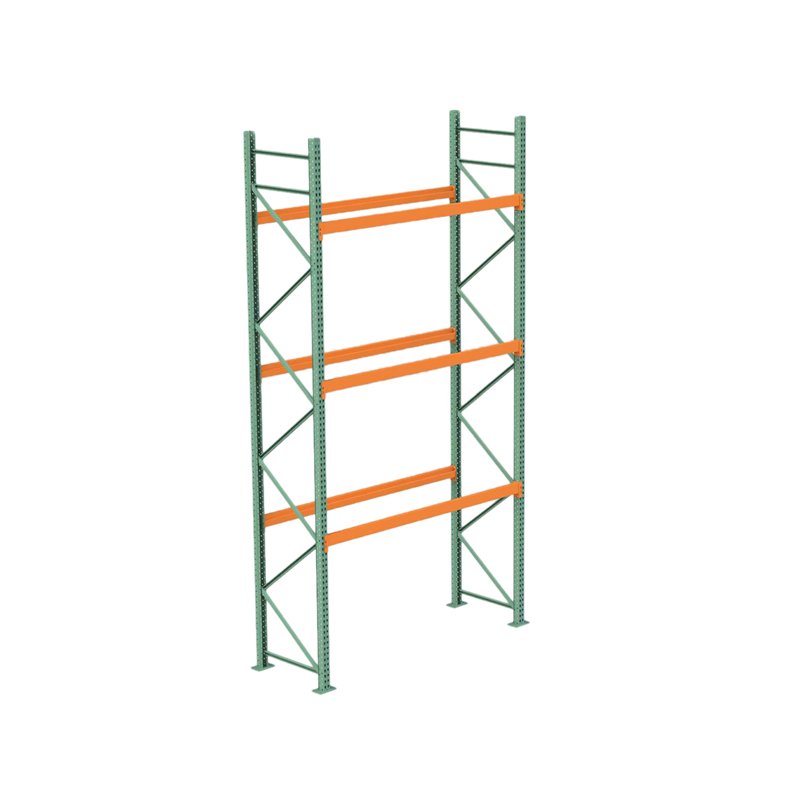 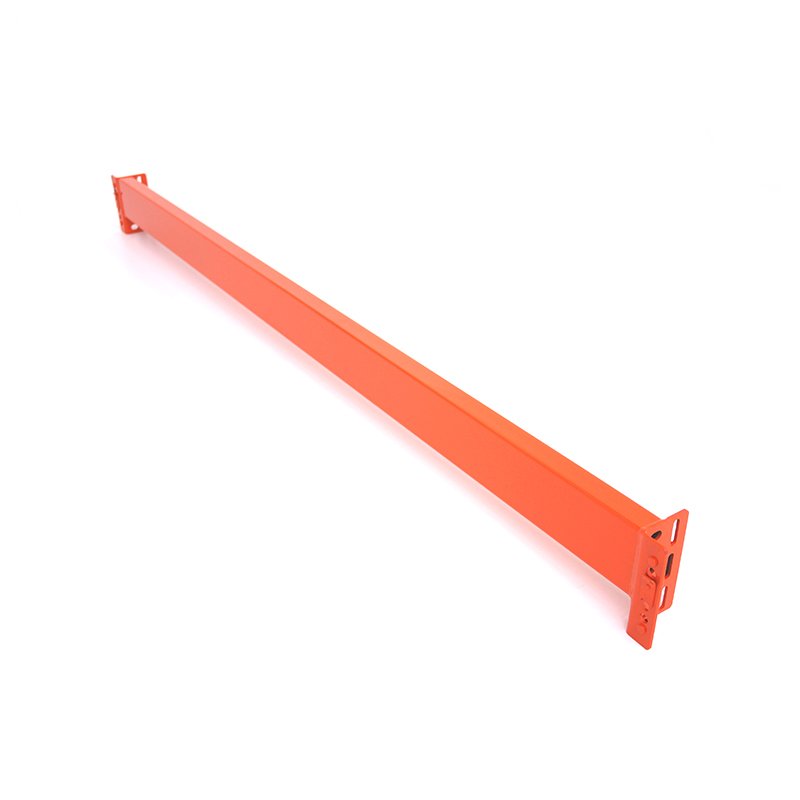 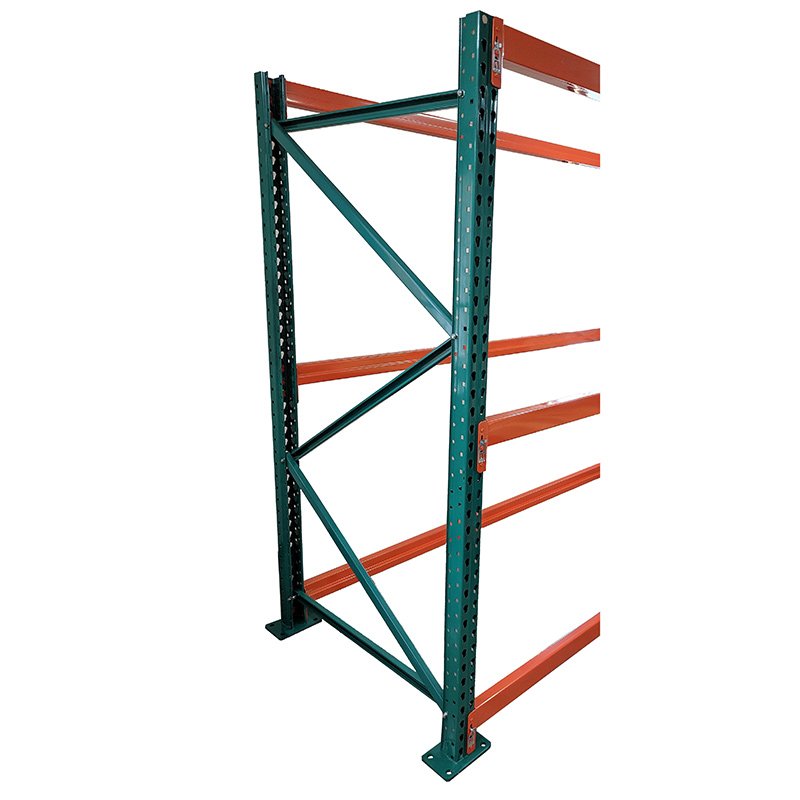 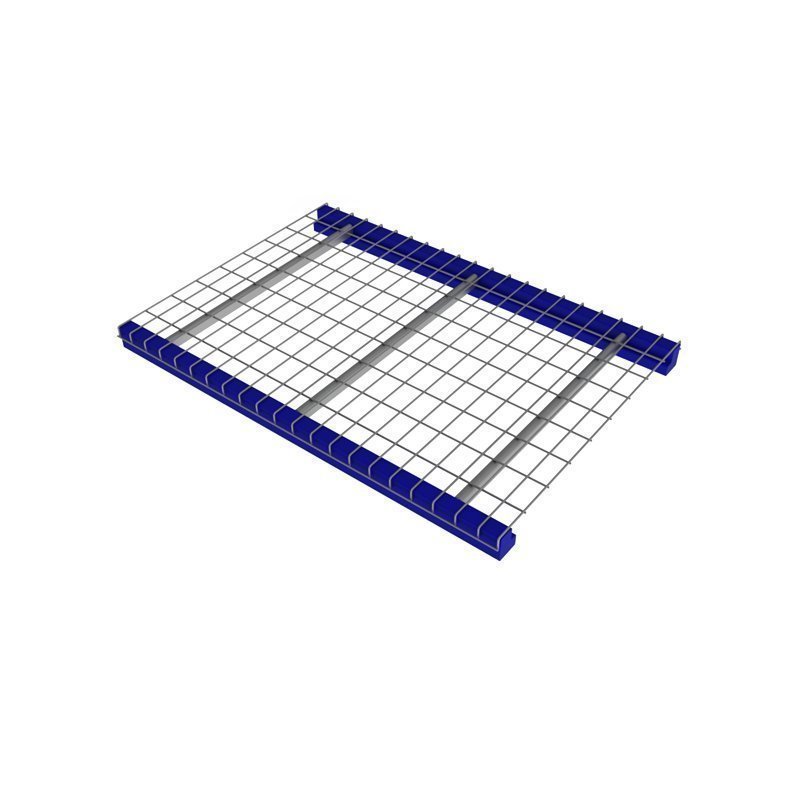